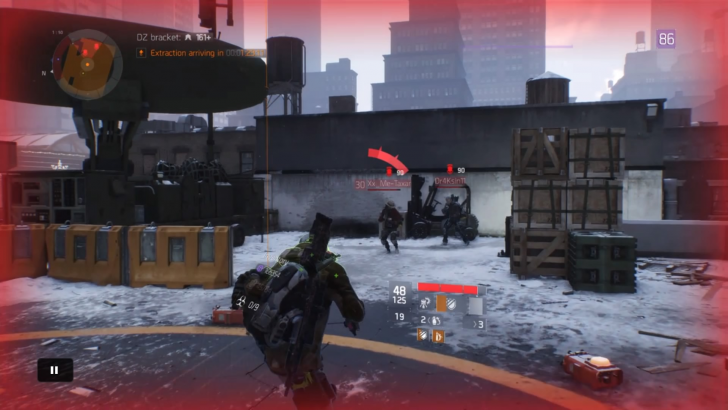 Killing rogues on an extraction point in The Division

The Division is an online shooter game, which is mostly played in co-op. Most of the game is "Player versus Environment" or PvE. However, A small area is "Player versus Player" or PvP. In this area, you need to extract your gathered items, which can only be done at so called "Extraction Points". People from different teams can leave each other in peace, or in pieces. When they choose the latter one, they will become "Rogue", and will lose additional items and money if they are killed. You can recognize people that have gone rogue by the red skull above their character.

Some time ago I was playing The Division, and I came across some guys that were clearly camping at an extraction point. The only logical reason I could think of, was that they would go rogue as soon as someone tried to extract their items. Fortunately, I knew a higher place close by, so I could watch their every action, and kill them if they went rogue.

Eventually, some guys came along to extract some items, but things went down a little different then expected:The action starts at 1:06.