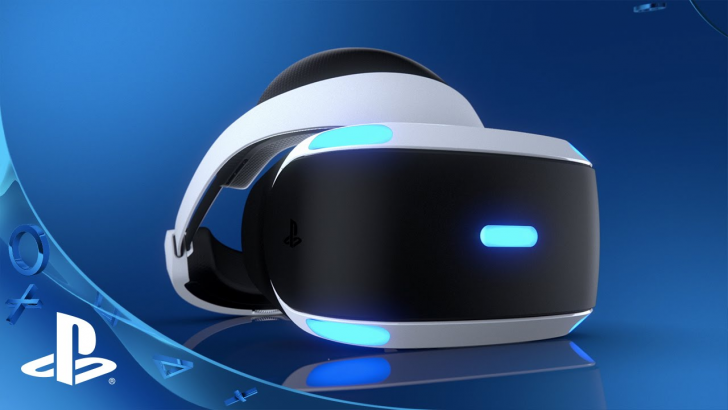 I have been following the PlayStation VR headset since it was still known as Project Morpheus. I love gadgets, and this seemed to be the ultimate gadget at the time. I pre-ordered it at 15 March 2016, which was the first day you could pre-order it in the Netherlands. It finally released on October 13, and I have been using it with much pleasure ever since.

Many people might've already tried VR headsets where your phone functions as screen. Let me say from the start, the experience is just incomparable in both quality and experience. You really have to try the PS VR to experience it for yourself. Once you've tried it, you will know what I'm talking about.

Getting the PS VR up and running.

It's easy to get the headset up and running. Sony labeled the cables with numbers and provides clear instructions on how to connect your VR headset. It took me less than 5 minutes to get all the cables in and power on the headset. Be sure to have some distance between you and the Playstation Camera for it to work as intended, and to minimize the chances of drifting.

Drifting may still occur from time to time. When this happens, you probably did not place the left lens of the camera directly in front of you. Luckily, re-calibrating is very easy. Just hold the options button on your controller for 2 seconds and it will re-align your current state as "centered".

The VR headset is unique in it's comfort, which is mostly due to the headband. It is also the only headset where you can keep wearing your glasses in a comfortable manner. You can adjust the distance between your head and the lenses to make space for your glasses if necessary.

Many people will place the headband too high at first, but in order to see a sharp image, you will have to lower it. I recommend using the "Adjust VR Headset position" option in the quick menu to make sure the headset is placed correctly. Once you've done that, the quality of the image is actually pretty great. You will be able to see some pixels if you focus on one point, but this never really happens in games or while watching movies. You will be so submerged in the game/movie, you might almost forget you're just sitting in a room with a PS4 camera in front of you.

If you decide to buy the VR headset, be sure to download the PS VR Demo Disc. You will get a disc with your VR headset, but I still recommend downloading it. It has gotten a few updates to include more games, so it will have to download a lot anyway.

Another must-have which is free to download is Playroom VR. It contains all kinds of fun mini-games which are perfect for parties. They are made so that 1 person can play with the VR headset on, while the others just look at the screen you would normally play on. Playroom VR contains both PVP and CO-OP games. I personally like the game where the other party members have to describe the criminal to the player with the VR headset on. He then has to shoot the criminal with a dart with a suction cup. As you round up more and more criminals, the visual differences between the people and the criminal become smaller, making it harder and harder to catch the criminal before your time is up.

There haven't been much big game releases for it yet, but the ones that have been released are awesome. I personally really like RIGS: Mechanized Combat League, which will get a review on it's own soon. There have also been several games which patched their game to support VR. These aren't always that good in quality, since the game itself has not been made for VR. I'm confident that many more games will be made for PS VR though, since it has already sold an overwhelming 900.000 units.

Most of the VR games still have a short duration. This allows you to take frequent brakes, which you will most likely need when this is your first time in the VR world. RIGS and EVE for example, have battles which last for about 15-30 minutes. Once you've become used to VR, you can just choose to play multiple battles. Of course there are always exceptions, like Resident Evil 7: Biohazard. There is a big chance you will have to stop playing because you're just too scared to continue in that game though.

I only have 1 move controller, but so far I only used my normal PS4 controller to play games with the headset. This works fine for all the games I currently own. I might just get the new move controller gun which will be released with the VR game Farpoint, or buy another move controller for future use.

You can also watch movies with he VR headset. since the latest patch you can even watch 3D Blu-Ray movies! You can choose from 3 screen sizes. Small, Medium and Large. I would personally recommend the medium size, as large is so big, you will have to move your head to see the edges of the screen. Small is really really small though, so medium is the obvious choice. The 3D effects are very good! because of the separate screens, you won't have any issues that you might have with 3D glasses. It really gives the move a cinema like experience. I even bought some 3D Blu-Rays just to watch them in 3D once more. something I would never do if I didn't have the PS VR. In my opinion it easily beats watching 3D movies on a television with 3D glasses.

Non-VR games can also be played with the headset on. It will look the same as watching a normal movie with the VR headset on. The game will be displayed at a screen size of your choosing. I prefer to play the normal games without the headset though, as the quality on a normal screen is a slight bit better. I play a lot of FPS games, and that slight bit better might be the difference between spotting a sniper or not noticing at all. It's still a cool feature though, as you will still have the feeling of playing a game on a very large screen.

The PS VR might get dirty when you use it a lot, or if a lot of different people use it. Cleaning is easy though, as you can remove the black rubber light shield. You can then clean it with a bit of water before putting it back on the headset. The lenses can also be easily cleaned with the microfiber cloth included in the box.

Be sure to shield your lenses from (sun)light when it's not in use. You might burn the screens inside the headset if you don't! The lenses are some sort of magnifying glasses after all.

I love my VR headset, and I think it's worth every penny I spent on it. I'm looking forward to new games which are specifically designed for VR, but the ones I have now don't get boring at all. Watching 3D or 360 degree movies can be awesome with this headset on. If you own a PS4 and like the idea of VR, you should really try this headset.