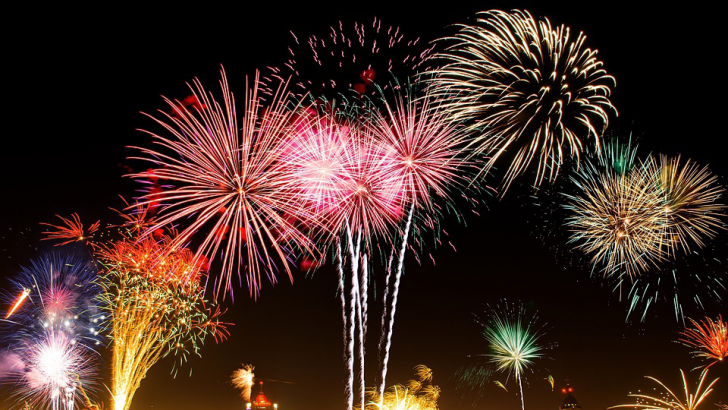 A new year, new life for this blog?

2019 started! It's not THE best start for me though, as I started the year off with stomach flu. It will hopefully be a great year though, so let's look at some things I wish to do this year, but first, let's look back at 2018!

2018 was a great year for me. The most important thing was that I got engaged with my girlfriend on our 12,5 year anniversary!

I started planning to ask her on our 12 year anniversary. In the following months, I tried to get her finger size without giving anything away. This proved to be very hard, since my (then) girlfriend never wears any jewelry. Turns out you don't need it either, as the jewelry store only sells 1 size, which they will fit to the correct size after you popped the question.

I then used the signet ring my father left me when he died as an excuse for the visits to the jewelry stores. My father had much bigger fingers than me, so it had to be resized. It also contained a black stone which was damaged. In the end I decided to have it replaced with a golden plate with my initials in it. The ring turned out to be over 100 years old! So it's a family heirloom for quite some time now.

Together with these repairs, I bought the most beautiful engagement ring, which I knew would look great when my (then) girlfriend would wear it.

I also booked a trip to the Efteling hotel, as she is a huge fan of the Efteling. We visit the Efteling at least once a year, and I've come to love it myself as well.

I got the phone number of the lady in charge of her work schedule, and made sure she didn't have to work, all of this in secrecy, which is, if you know my fiancee.. a real achievement.

The day arrived, and she didn't suspect a thing until I woke her and told her to go grab her stuff. Eventually I asked her in the hotel room, and she said yes. The weather on those days in October were really warm as well! It was definitely the most perfect 2 days of last year.

Now let's look forward a bit, to what I have planned for the new year. First of all, I would like to blow some new life into this blog. I'd like to blog a lot more about my daily life, and of course I wish to keep blogging about my hobbies and interests. In the past I would only want to write reviews, but found it hard to write something without spoiling the ending. This kept me from writing anything at all most of the times.

I don't want this to hold me back any longer. I'll just write and spoil to give my opinion, with some warnings or spoiler tags for the readers convenience.

I also want to buy an E-reader this year, as I love to read. My fiancee tends to sleep earlier than me, and with an E-reader I can keep on reading while she is already sleeping without putting stress on my eyes thanks to the E-ink screens.

And then there's still over €1000 of LEGO sets which I would like to add to my collection. I'm running out of space to put them though, so this will probably also be the year where I break down a currently build LEGO set, or even maybe sell one!

Last but certainly not least, 2019 will be the year where I get married! Our relationship anniversary is on the 9th of April, and we will be getting married on the 10th of April! We already made loads of preparations. We booked a location for the party, bought wedding rings, got our invitations ready, and she already bought her dress. This month I will buy my wedding suite, and it's all starting to get really close already, or at least feels that way. Exciting times!

That's all I wanted to share for now. The post got a lot longer than I first thought though! Let's see if I can keep this up for the rest of the year.